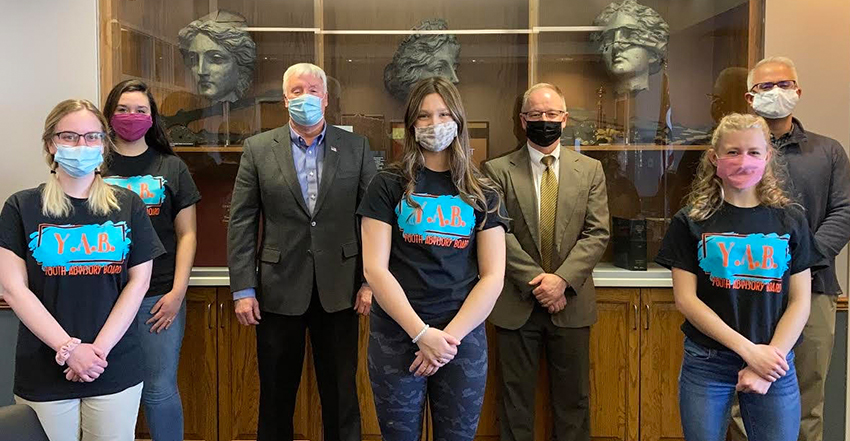 Tuscarawas County Joins Teens Across the U.S. in Week-Long Effort to SHATTER THE MYTHS®on Drugs and Alcohol

[New Philadelphia, OH] — Teenagers from several school districts in Tuscarawas County have joined forces with other youth and scientists across the United States as part of “National Drug and Alcohol Facts Week®” (NDAFW).

As part of the NDAFW celebration, Tuscarawas County Youth Groups are working on projects such as; posting info graphs and posters around their school, creating a display case, creating a bulletin board display, morning announcements, writing facts on the white boards of each classroom, and hosting a spirit week. While drugs can put a teenager’s health and life in jeopardy, many teens are not aware of the risks. Even for those teens who do not abuse drugs, many have friends or family who do, and they are often looking for ways to help them.

In 2018, the Tuscarawas County Community Health Assessment results indicated that more than 35 percent of Tuscarawas County youth (grades 6-12) had drank at least one drink of alcohol in their life, increasing to 60 percent of youth seventeen and older; and that 16 percent of youth thought that there was no risk in using marijuana once or twice a week. There are so many myths about drugs and alcohol cluttering our popular culture. National Drug and Alcohol Facts Week® is for teens to get honest answers about drugs so they can make good, informed decisions for themselves and share accurate information with friends.”

For information on the national initiative, visit the NDAFW website at http://teens.drugabuse.gov/national-drug-alcohol-facts-week.